Tips to Help Get Your Teens to Adhere to Their Curfew 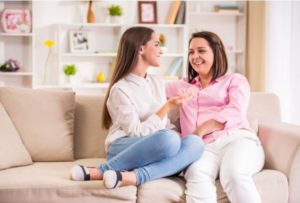 Being a teenager can be difficult when you’re caught between childhood and adulthood and you’re trying to figure out who you are. But raising a teenager can be even more trying. You want to give your teen more freedom and responsibility, but you’re still concerned about what they’re doing and who they’re with all the time.

This has resulted in curfews. While some teenagers never have a problem making it home on time, for others it’s a battle. With this being said, here are a few tips to help you get your kids to adhere to their curfew:

Picking a time at random for your teenager to come home may not be the best tactic for getting them to follow the rules. Gather the data before you set any mandates so you know that your time is reasonable and fair for your child. Empowering Parents suggests talking to other parents, school staff and other sources to see what time they set for their child’s curfew. Then, think about your teen and how responsible and trustworthy they are to make it earlier or later.

While you may be tempted to set the same time your parents set for you when you were a teenager, you need to recognize that times have changed. You also shouldn’t fall into the trap of having to stick to the same curfew for every child. Fair is not always fair. Each child is different and has different needs, wants and maturity levels. So take all the factors into consideration and come up with an individualized plan with your spouse and child.

Stick to the Agreement

Once you set a time for curfew, stick to it. Your teens may try to get you to waiver or see how far they push the limits, but this is a time for you to stand firm on the rules. Let them know that 10:15 does not count as making a 10:00 curfew. Just because they have a cellphone also doesn’t mean they can call or text to tell you they’ll be late. Set the expectation that they are responsible for making it home on time. If you fall asleep before their curfew, make sure they wake you up to let you know they’re home safely. You also should let your teen know that you can use the home security camera system to see if they made it home on time or if they decide to sneak back out of the house.

Just because your teenager knows the rules doesn’t mean they’re going to follow them. When you set the time for their curfew, you also should go over the consequences for breaking it. If it’s a minor infraction, the punishment also can be small, such as taking their smartphone away or grounding them for a short period of time. However, if they’re hours late or consistently miss curfew, you may want to resort to larger consequences. These could include taking the keys to their car away or not allowing them to go out with their friends until they can prove that they are ready to follow the rules.

If your teenager is constantly getting in trouble and acting defiant, you may need to take a different approach to consequences. Treat the rules like a businessperson rather than as a scared and angry parent. For example, if an employee came in late every day, you wouldn’t yell at them as soon as they clocked in. Instead you would take them aside and explain the consequences, such as having their pay docked, suspension or even losing their job. For your child, you shouldn’t yell and start lecturing them the second they get home. Give yourself time to cool off and then discuss the next steps in the morning when you can act more rationally. If your child is still being defiant, you can explain that the consequences may be turning off their cellphone service, taking their car away or even calling the police if you’re afraid they’re doing something unsafe.

It’s just as important to react to positive behavior as it is to punish negative behavior. If your teenager consistently meets their curfew and is acting responsibly, you should address and reward that. Consider moving back their curfew by an hour, or be willing to make an exception on special occasions like a concert or school dance. You also could give them more freedom and privileges by letting them take the car out later or further away than normal. Let them go to a party you normally wouldn’t. Show your child that you notice that they’re becoming a responsible adult and that you trust them to make good decisions.

Curfew doesn’t have to be a constant battle with your teenager. If you set expectations and stick to them, everyone in the household is on the same page and understands the results of breaking and following the rules.

How Boosting Teen Confidence is as Easy as Changing a Tire 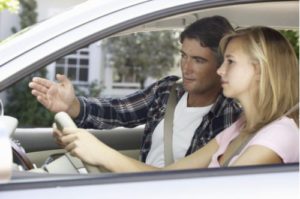 Building confidence in adolescents is key in raising healthy kids. But, of course, it’s not always easy. Research has shown that giving teens some form of responsibility can boost their self-confidence. Additionally, encouraging them to develop problem-solving skills — and resisting the urge to step in and help when things don’t go their way — can give teens an uptick in confidence, too.

Young people’s formative years are some of the most critical in developing good habits and decision-making. Here’s how you can foster more self-esteem in your teen and keep them out of trouble. Some might say it’s as easy as changing a tire.

While you may be reluctant to hand over the keys to your teen, you may also be surprised to know that not using your parental authority could potentially be damaging, as it can instill in your loved ones a sense that disobeying authority is OK. With that in mind, try not to unload all your worries on your teen, as expressing fear and frustration about everyday life, low test scores, unruly friends or dubious weekend plans can be negatively interpreted.

Instead, express to them some level of confidence. By doing this, your teen will remember that even though they experienced some struggles, they still had a vote of confidence from both parents. Of course, giving your child permission to drive is a big deal. So before you hand over the keys, set a curfew and a few other ground rules.

And while your teen may already have their driver’s license, it’s your responsibility to teach them about vehicle safety and mechanics. Teaching your teenager about the ins and outs of the car they’ll be driving promotes responsibility, and it will give them something to care about.

Sure, you may changed a flat tire dozens of times, but it’s also important your teen learns on their own. Try not to be too overbearing or bossy, and only provide assistance when your teen asks for it. Instilling in them this sense of responsibility can foster greater self-esteem and achievement down the road.

Of course, one of the first things to teach your kid about replacing one or more tires is to let them know about which tell-tale signs to look for when experiencing a flat. Provide your teen with a list of steps to change a flat tire and then give them an opportunity to harness those skills.

Ultimately, both you and your teen can learn something from this activity. Parents, know that you’re nurturing growth in your teen with this challenge. And remember: A challenge can be just what your teen needs to avoid rebellion and boredom. It may be simple, but changing a flat tire provides many lessons, from problem solving to persistence, which can be valuable learning experiences for your teen. As a parent, recognize your teen’s willingness to try, and be supportive while attempting not to be too overbearing. In the end, this will help your teen build and better exude confidence.

Dealing with Disappointment: The Best Ways to Help Your Teen 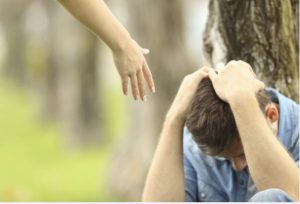 You remember what it’s like to be a teenager trying to fit in and prepare yourself for adulthood. It’s difficult, confusing and oftentimes disappointing. Now you’re watching your teenagers go through some of the same struggles you did at their age.

While your first instinct is to make everything better, this may be doing more harm than good. Growing up is full of disappointments and failures, and that’s OK. Instead of shielding your children from every minor setback, here are a few positive ways to help your teens deal with disappointment:

Your teen just tried out for the school basketball team and didn’t make it. He’s upset, embarrassed and disappointed. Let him come to you to vent his frustrations. Try not to speak first or jump in to make him feel better, but rather let him rant and tell you all about what happened without any judgment. The more you listen, the more you can narrow down how your teen is feeling about not making them team and find ways to help him move forward.

Once you’ve heard everything your teen has to say about the situation, you can start asking some questions. For example, if she didn’t pass her driving test, ask her why she thinks that happened. Many teens’ first reaction is to start pointing fingers, such as at the driving instructor, but steer her away from this negative reaction to something she can control. If she says the test was unfair because the questions were too hard, you can ask her if she studied her driver’s permit booklet enough. Ask if those same questions were on the practice tests and if she could have prepared more. Gently explain that the test may not have been unfair but a consequence of her not being ready, and then help her come up with a plan to do better next time.

Come up With a Plan

One of the best ways to deal with disappointment is to come up with a plan for success. Have your son ask the basketball coach what he needs to do to make the team next year, and have your daughter go over the parts of her driving test she struggled with. Then, help your teen come up with ways to improve on these skills.

For example, you could sign your son up for a local basketball league where he can get a lot of playing time. Have him work with a private trainer or coach to work on his skills, and set aside time for him to practice on his own. For your daughter, help her study for the written part of her driving test with practice tests online and create a schedule for driving on your local streets, on the highway and in parking lots. While you can help your teens come up with this plan, make sure they know that they are responsible for following through and working hard to achieve success.

Through every up and down that adolescence presents, it’s important that your children know that you love them unconditionally. Whether they get the lead role in the play or get into college, you love them for who they are, not what they’ve accomplished. Be supportive and helpful in any way you can, but let your teens know that it’s okay to fail every once in awhile because that’s part of growing up. Let them be disappointed, and then help them find a way to succeed.