3 Tips to Prevent Your Teenager from Commiting Theft

Teen Stealing and Preventing It 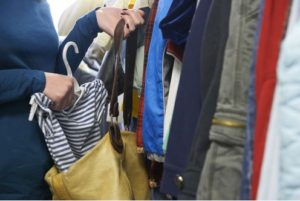 This is probably hard to admit, but yesterday you caught your teenager red-handed taking money out of your purse. To add insult to injury, you are pretty sure this was not the first time they helped themselves to some of your hard-earned cash.

While it’s hard to believe your own flesh and blood is stealing from you, it’s not something that should be taken lightly. To nip this problem in the bud, and prevent it from blossoming into a full-blown issue that involves late-night calls from the police, check out these surefire tips:

Young children can sometimes have difficulty understanding what does and what does not constitute stealing. Teenagers should know from right or wrong, but maybe you have younger children and have noticed them taking things that do not belong to them.

As Parents.com notes, young children can be taught to never take something from another person without asking first, and that it’s not OK to help themselves to money from a purse or wallet — even if they are used to being handed money now and then.

Teaching them not to steal must be done with a combination of patience and age-appropriate punishments. A 4-year-old who takes a dollar out of your wallet, for example, shouldn’t be able to watch their favorite show on TV that night. On the other hand, tweens and teens usually have the ability to understand that stealing is wrong, so they should face greater consequences.

Kids and teens steal from family members for a wide variety of reasons. As Kids Health notes, school-age kids who take their siblings’ iPod or gift cards might not have the self-control needed to stop themselves. Tweens and teens may steal because it gives them a rush, or because they have seen their friends do it and they want to try it, too.

What to Do Next

First, try to determine how often your kid has stolen something. A one-time money grab from your purse is definitely not OK, but it’s not the same as on-going and frequent stealing that has added up to hundreds of dollars, if not more. But no matter how often your tween or teen has taken something that’s not theirs, remind them that stealing is still a crime and that they must be held accountable.

As Empowering Parents notes, while you might be tempted to try to excuse your teenager’s actions based on their rebellious nature or sullen attitude, stealing is much more about breaking the law than someone’s personal feelings or problems. If you catch your child taking money from your wallet, they must pay it back, either by doing extra chores or missing out on allowance.

Teens who steal more than once may need professional help. This can come either from a family counselor or therapist, a religious leader like a minister or rabbi, or a school counselor. To set your mind at ease and help you rebuild trust with your teenager, consider installing a security camera inside your home.