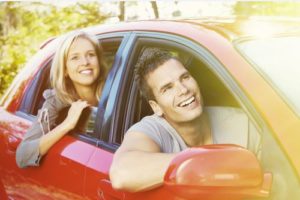 If you want to know anything about driving, ask a new teen driver. While their overall enthusiasm and eagerness to get behind the wheel is heartfelt and genuine, many teens seem to possess a great deal of driving knowledge that’s not always accurate. With that in mind, check out the following commonly held beliefs about driving — and why they’re fiction instead of fact.

Keeping Your Wheels Shiny and Clean

A commonly held opinion among young drivers, notes Cars.com, is the importance of keeping the dashboard and wheels as shiny and clean as possible. The theory behind this myth is that using a protectant compound will protect the wheels and dashboard, keeping them in better shape for a longer period of time. Unfortunately, when it comes to the shiny dash, it can actually be unsafe; a slippery dash with a mirror-like finish will give off a major glare, which can reflect on the windshield and make it hard to see.

And while shiny, clean tires look nice, the best way to take care of them is through proper, regular maintenance. When it comes time to replace two or four tires, be sure to purchase new, name-brand tires from a reputable company, and always put the newer tires on the rear versus the front. This is true of front-, rear- or all-wheel-drive vehicles.

Red Cars Get the Most Speeding Tickets

Another commonly held belief by teen drivers, notes DriveTeam, is that owning a red car means you’re more likely to incur a speeding ticket. The theory behind this myth is that “arrest me red” vehicles more readily catch the eye of traffic cops.

In actuality, red cars are no more likely to get pulled over than any other colored vehicles. This may come as bad news to teens in black, blue or silver cars, but the best way to avoid getting pulled over is to obey the posted speed limit and be a safe, courteous driver.

Many parents of teen drivers were taught to pretend the steering wheel was like a big clock and to keep their hands at the “10 and 2” position. As Defensive Driving notes, this advice was more appropriate back in the day when fewer cars had airbags.

Now that most vehicles employ this important safety equipment, the “10 and 2” advice can be admonished, as the practice often leads to broken arms and other injuries during an accident. Teens who believe this myth most likely learned it from their folks, so gently advise them that current best practices call for keeping your hands at the “9 and 3” position.

Only Speeders Get in Accidents

Ah, if this was only the case. If it were true, our insurance rates would drop significantly, and we would all chug along at the speed limit, completely confident that we would never get in a wreck. Sadly, this myth is not true. Remind teens who are cavalier about speeding that driver error is the main cause of crashes — even when they’re traveling at 5 mph in a parking lot.

While it’s commendable teens are aware of the dangers of driving too fast, teach them that they must be vigilant at all times. This means paying close attention to their actions behind the wheel, as well as what other drivers, pedestrians and bicyclists are doing.

All New Drivers Get in Accidents

Hearing a new teen driver announce this myth will make any parent’s blood run cold. It’s almost as if they are daring the universe to make this untrue statement become reality. In actuality, there are plenty of young drivers who make it through their teen years without a single door ding, let alone a fender bender.

On the flip side, adult drivers who have perfect records could suddenly get rear ended in an intersection. Age is not the key here — other drivers’ bad actions and inattentiveness are much more likely to cause an accident.