5 Ways To Teach Your Teenager About Budgeting

5 Ways to Teach Your Teenager about Budgeting 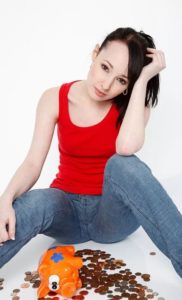 It has never been more critical for parents to teach teenagers the value of money and the skill of budgeting. Since the habits, they learn at home are likely to continue into later life, teaching teenagers how to budget is one of the best ways to ensure they turn into financially responsible adults.

1. Encourage them to Track Incomings and Outgoings

Whether your teen is receiving money from an allowance or wages from a job, they must understand where their money goes. Sitting down with a teenager and creating a tailored budget is one of the best ways to help them stay on top of their finances.

This can be done by taking the total amount of their monthly income then noting down what they usually spend their money on. Once these two figures have been appropriately aligned, the next step is to decide a set amount to be saved each month. Having this written down, or noted in a budgeting app such as mint should help a teenager to visualize their spending habits in context. As Bank of America describes, this should help a teen learn that their spending should not exceed their income and if it does, their parents should sit down with them to decide the areas to cut back spending.

2. Teach them about Loans and Credit Cards

Teaching a teenager, the ins and outs of loans and credit cards will ensure they continue to make informed financial decisions as adults. While it is more likely a teen will be considering a student loan rather than, for example, a Cash Lady payday loan, it is essential they know the principles of interest and repayment plans.

3. Show them the Value of Money

For the majority of modern teenagers, social media is likely to take up a good chunk of their day. For the most part, this is only a problem if they have an addiction, but a new phenomenon is arising due to the presence of influencers. As a social medium act as a form of a social group, if the influencers that your child follows live a much more exuberant life, it can alter their perception of the value of money. It’s important to let them know the value of money by teaching them about general running costs and putting brand prices in perspective with the amount of money that one actually needs to spend on living. 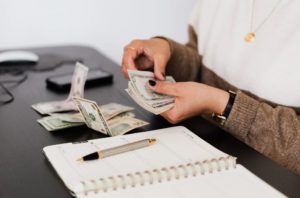 4. Emphasize the Importance of Saving

As stated in point 1, a teenager’s budget should be split into two sections, save and spend. It is recommended to aim for about 60/70% spending, and the rest should be saved. Encouraging a teenager to put this into a bank account brings two distinctive benefits. Firstly, it ensures that once the month it is up, they can’t easily access the money if a whim to spend comes their way. Secondly, the money will grow with interest.

For parents whose teenagers struggle to save, try incentivizing them with a specific goal such as a car, since picturing the goal makes dedication much easier.

5. Be Their Role Model

Lastly, it is always worth remembering that the way parents act impacts what their children perceive to be appropriate behavior, so show them the correct way to budget as well as teaching them how to do it on paper.