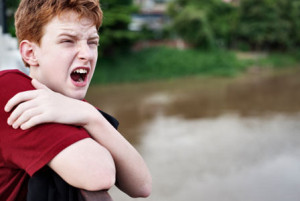 They were banished from classrooms, sometimes humiliated by teachers, scolded by their parents and worse – they were never given an opportunity to make friends or learn since it was difficult for them to focus and control their behavior.

When puberty set in, the next label was/is defiance (ODD).  Now we have the typical teen behavior compounded by ODD (oppositional defiance disorder). Some came up with conduct disorder.

Parents struggled and teens are frustrated — the vicious cycle continued.

Living with a teen that goes off their medication can literally be a nightmare.  The defiant and disrespectful behavior leaves parents living at their wit’s end.

These are highly intelligent children that are spiraling out-of-control, not able to work to their academic potential (underachieving), not making good choices, and are becoming a person that you barely recognize.

It can be frustrating to parent’s when others refer to their ADHD child as being handicapped or less-than, since it’s quite the contrary.  ADHD students are usually have a very high IQ, it is a matter of having them focus (and turn in their homework).

If you are struggling with an out-of-control ADHD teen, and have exhausted all your local resources, contact us for potential options.  Sometimes therapeutic boarding schools can help your teen get back on the right track.