Dealing with a Rebellious Teen and Getting Help

What is teen rebellion: 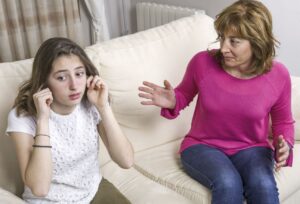 Teenage rebellion is an act of highest assertion of independence and little adherence to parental advice during the teen years of a child’s life. It is called a “rebellion” because it leads to an intense confrontation between the teen and their parents. Teenage rebellion may seem spontaneous and illogical for parents, but there are several underlying reasons behind the behavior.

Why do teens become rebellious:

There are multiple reasons behind the rebellion during the teenage years:

How to deal with a rebellious teenager:

3. Have a respectful conversation as a friend:

5. Come with a win-win solution:

Having a systematic, step-by-step approach to the teen’s rebellion, where you take time to calm the situation and make space for listening, is the best way to cool down the situation. But sometimes both you and your teen have gotten so angry and upset that the conversation spirals out of control.

How To Know If Teenage Rebellion Has Gone Out Of Hand?

Here are some signs that the rebellion has overshot its limits:

A teenage rebel is a cause of anxiety to their parents. You feel as if there is no end to the arguments and quarrels you have with them and the situation may seem hopeless. But keep your cool while dealing with such behavior and lay the foundation for a healthy relationship with your teen.

If you feel you have exhausted your local resources, local therapy isn’t working, learn the benefits of residential treatment. Contact us for more information on teen help options.