Getting Teen Help for Defiant Teenager

Is your teen out-of-control? 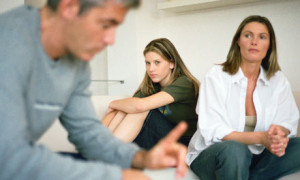 If you have tried many ways to have a peaceful home and your teenager is continually causing tension, creating contention among the family – please seek help immediately.  If they refuse to get help, or you have exhausted your local resources, consider residential therapy.  Many families have had tremendous success since when you remove the child from the environment they are better able to focus on where all the negative feelings and behavior are stemming from. Contact us for more information.