Ecstasy Use Is on the Rise Among Teens

Rise of Drug Use Among Teens 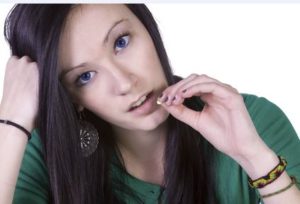 Imagine letting your teenage son or daughter go out for the night only to find out they have been hospitalized or even died due to an overdose of some illicit pill they were offered at a music festival.

If you’re ever put into such a tragic situation, it would be hard not to blame yourself. Unfortunately, this is exactly what happened to six families in New York just a few weeks ago. Two teenagers died and four others were hospitalized due to an overdose of ecstasy (also known as “Molly”) at the Electronic Zoo music festival. The increasing popularity of this party drug makes it imperative parents recognize, discuss and address the risks their children face every day due to drugs.

Ecstasy is increasingly becoming a risk for teenagers and college students alike. According to a 2011 study by MetLife and DrugFree.org, ecstasy use has been increasing. The rising popularity of raves and music festivals is contributing significantly to the increased use of the drug.

In addition, “safer” alternatives, such as ecstasy in its pure MDMA form, are making teenagers think they are being safe and smart with their drug use. The unfortunate reality is these “safe” alternatives are neither pure nor safe. According to a report by DrugScope.org, some “pure” ecstasy tablets can have as little as zero percent purity. The Drug Enforcement Administration reports even 100 percent pure ecstasy can cause difficulty breathing and a decreased ability of the body to regulate its temperature. With the near certainty adulterants and impurities are mixed into the pills, this risk is multiplied dramatically.

How to Protect Your Child

Don’t pretend these issues don’t exist. This simply will not work. The popularity of ecstasy among today’s youth means you need to take an active role in informing your child of the risks. Speak with your children about the dangers and provide a safe place where they can be honest with you about their thoughts and any experimentation they have done.

According to the non-profit HelpGuide.org, there are a number of warning signs for ecstasy use, including:

If you think your child has already developed a drug problem, seriously consider seeking treatment. Not all rehabilitation clinics are the same, and you should find a treatment center that incorporates a variety of services and methods. Seek a center that only employs certified professionals who are quick to answer any questions or concerns you have.

Prevention is the best method in ensuring your teen stays safe and healthy, so consider having a discussion about ecstasy as soon as possible.

If you suspect your teen is using ecstasy, seek help immediately. If your teen refuses local therapy or out-patient help, consider residential therapy. Contact us for more information.