Is My Teen Using Drugs or Alcohol?

Warning signs of teen substance use. 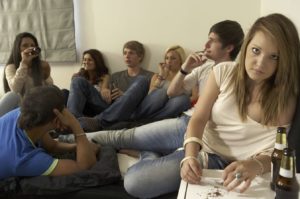