How Screen Time Can Impact Your Teen’s Mental Health 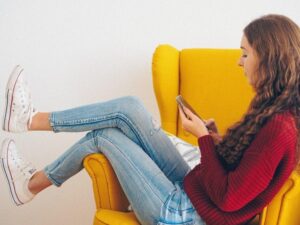 Teenagers today could probably be known as the “iPhone generation”. They never knew a world without technology at their fingertips, and they’ve grown up with screens and digital devices at every turn. So, smartphones, tablets, and computer screens are part of everyday life for most teenagers.

But, is that a good thing?

Parents and scientists alike have shown great interest in the effects of screen time on a teenager’s health. Some studies have argued that too much of it can cause physical health issues.  On the other hand, many teens use technology as a way to stay connected. Taking it away could impact their mental health.

So, what’s the answer? As a parent, that’s up to you. But, it’s important to know what screen time can really do to your teen – especially when it comes to their mental health.

It’s estimated that teenagers spend over seven hours looking at their phones each day. Whether they’re scrolling through Instagram, creating TikToks, or chatting on WhatsApp, it’s easy for teenagers to get lost in the social aspect of being on their phones. Of course, phones and tablets are also used for entertainment, like watching videos and playing games. The options are endless, which makes it easy to waste hours without really thinking about it.

That connection can lead to things like peer pressure, bullying, or even just the desire to “fit in” on different social media platforms. Your teen might feel as though they have to constantly be plugged in just to keep up with their friends.

Unfortunately, that can take a toll on their mental health. One study found that teens who spend at least three or four hours a day looking at a screen have an increased risk of depression, thoughts of self-harm, and even suicide. Another study found that young people who spend at least seven hours in front of a screen each day are more likely to officially be diagnosed with depression or anxiety. It also found that the less screen time a teen had, the better their overall wellbeing.

The mental health issues associated with too much screen time can lead to bigger problems. Depression and anxiety can cause teenagers to:

It can be difficult to understand teen depression. But, paying attention to these warning signs can alert you that something isn’t right. If you know that your teen spends most of their time in front of a screen, it won’t be hard to connect the dots and find out where their problems are stemming from. 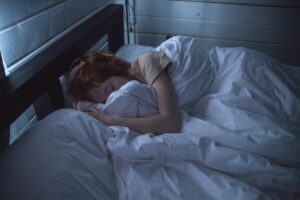 In addition to mental health concerns, spending too much time in front of screens can lead to physical problems, too. For starters, starting at a screen all day can wreak havoc on your eyes. When a teenager spends too long looking at a screen, they can strain their eyes because the constant movement makes it harder to focus.

The light from the screen can also cause the eyes to become tired and lead to vision issues. Some of the common signs of vision problems include:

In addition to damaging the eyes, staring at a digital device all day can cause back and neck problems. It can even lead to poor sleep quality, which could leave your teen feeling tired and make them more prone to getting sick or injured. While feelings of depression and anxiety are important to recognize, don’t ignore the physical problems your teen could have to deal with because of their phones or tablets, either.

How to Talk to Your Teen About Screen Time

As a parent of a teenager, you probably already know it’s not always easy to talk to them – especially about things they don’t want to give up. But, knowing how screen time can impact them, it’s important to set boundaries. That’s especially true if your teen is spending most of their time at home.

Create a schedule that works for everyone, allowing them to use their electronic devices during certain hours of the day and only for a set amount of time. You might get some pushback at first. But, creating a schedule is a great way to be fair. Eventually, your teen will look forward to those times when they have their devices and will know how to handle it when each time is over.

To promote less screen time, encourage your teen to try other things. What are their other interests and hobbies? Or, what’s something you think would love if they tried it? If they have a passion for art, encourage them to create their own art, like a comic book. Do they love music? Suggest an instrument.

Maybe they have gotten into running or strength training. Why not encourage a sport? When your teen really discovers their passion, they’ll be less enamored with their screens. As a result, they can be mentally and physically healthier, and you can take comfort in knowing they aren’t depending on a digital device to find contentment.

If you feel you have exhausted your local resources — and your teen needs more help, contact us about how residential might be able to benefit your family.

If you are struggling with your teenager’s internet addiction and have exhausted your local resources, learn more about how residential treatment can help your teen develop a healthy relationship with technology. Contact us today for a free consultation.