How to Keep Teen Drivers Safe

Keeping Teens Safe On the Road 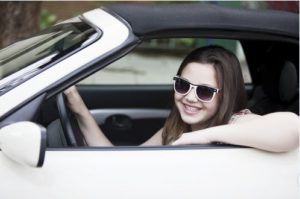 If you’re a parent with children old enough to drive, you’ve probably worried about their safety behind the wheel more than once. The fact that many teens are now using their smartphones while driving doesn’t help the situation, either.

And the scary truth is that drivers who text while operating a vehicle are 23 times more likely to become involved in a car accident. While this statistic may be unnerving to you as a parent, you have the power to influence how your teen drives. Lead by example as a safe driver, while also being vocal about your expectations of your children as they drive.

Unless you speak up, your child will be more prone to bad driving habits that can lead to an otherwise preventable accident.

According to driving-tests.org, motor vehicle crashes are the No. 1 cause of death amongst teens. This means every time your teen gets in a car, they are at risk of becoming involved in an accident, caused either by themselves or by other teen drivers. If your teen didn’t know this simple fact already, share it with them to raise awareness of the general dangers they face on the road.

Remind them the months of July, August and September are among the most dangerous months to drive. Even just being aware of the potential dangers of driving can do much to prevent accidents. As your teens learn more about the risks of driving, they will feel a greater sense of responsibility as well.

No Do-Overs: Speak Up Now

On average, more than 75 percent of teen driver-related crashes are due to “critical errors,” including driving at unsafe speeds, distracted driving and lack of scanning. Teens are more susceptible to drive at high speeds and text. As a result, they are often unaware of important traffic signs and signals. These are among the reasons why more than 35 percent of the leading causes of death for 15- to 20-year-olds in the U.S. are car-related.

As a parent, it’s your duty to teach your teen about how they can be safer drivers. Encourage them to pay close attention to their mirrors and blind spots as they drive, put their phones on silent, and arrive home at a reasonable time. If they complain about having a curfew, remind them of the sobering fact that more than 40 percent of teen auto deaths occur between 9 p.m. and 6 a.m. Even beyond just the scope of driving, you will be teaching them a valuable life lesson: their actions not only affect themselves, but those around them.

Don’t be timid in openly communicating with your teen the expectations you have for them when they are behind the wheel. Have an honest and open conversation with them without the tone of lecturing and nagging. Express their safety is your highest priority and that they should have the same perspective when driving.

As you continually remind your children to be careful while driving, it will dawn on their minds that driving is not just a matter of fun, but also a matter of responsibility. While they may not become model drivers overnight, with consistent reminders from you and time to mature, your children will become safer, more responsible drivers on the streets.