How To Keep Your Teens Safe On Prom Night 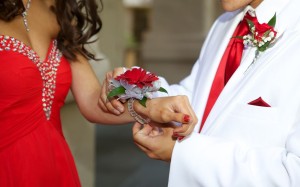 From picking a dress or tux to asking a date, prom night can be an exciting time in teens’ lives, however it can stressful for parents. Unfortunately, prom night is not only associated with fun music and dancing, but also with peer pressure, drinking and sex. To keep kids safe on prom night, follow these tips:

Have a written timeline.

If your teen plans on hopping from place to place on prom night to meet up with friends, go out to dinner and then to the dance, it’s best to have a written timeline of their activities. Go through the night step-by-step with them to make sure you know what time they’ll be at each location and what they’ll be doing. With all of the commotion going on during prom night, you may be unable to get in touch with your teen.  Parents can easily check teens’ locations with a cell phone tracker when they begin to worry about why they can’t get in touch. This tracker will put your fears at ease without disturbing your teen’s fun night!

Many teens think that celebrating prom night isn’t complete without alcohol, so to keep your child safe, it’s important to have conversations about underage drinking early on. Make sure you expressly say you do not approve of underage drinking, since 80% of teens say their parents are the leading influence on their decision not to drink. Also, let teens know that you’ll be able to tell if they’ve been drinking. Some teens think they can sneak it by their parents without getting caught, so if you make them aware that this is not the case, they’ll be less likely to engage in this dangerous behavior. 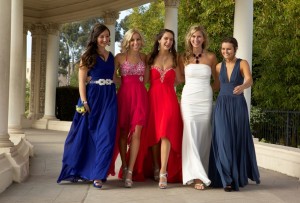 Teens may find themselves feeling pressured to have sex on prom night, so it’s important for parents to prepare them for what may happen. Although this may be an awkward conversation for teens to have with their parents, it’s crucial for their safety since 63% of high school seniors have sex. Talk to teens about saying no and being assertive when they don’t feel comfortable, and warn them about different scenarios they may be in. You may want to give teens a secret code or phrase that they can text you or call you with if they want to be picked up, but don’t want others around them to know.

Be there for teens.

Remind your teens that no matter what happens, you’ll be there for them on prom night. Many teens may be nervous to call their parents for help if they find themselves in an uncomfortable situation on prom night. It’s important to let them know that you would rather they reach out to you for help than make bad decisions.

Teens tend to travel in groups to prom, so it’s essential that parents find out who will be driving. Even if you trust your own teen not to drink, if they’re driving with someone else, you have to trust this person to make smart decisions as well. Some parents choose to carpool teens themselves or arrange for a limo service. Either way, make sure that transportation to and from prom is arranged ahead of time so teens don’t have to jump in the car with someone they don’t know at the last minute.

Don’t wait until the last minute to talk to your teens about staying safe on prom night. As they plan their memorable evening, have small conversations every step of the way to make sure you’re reinforcing your expectations, love and support.

About Hilary Smith: Born and raised in Austin, TX, Hilary Smith is a free-lance journalist whose love of gadgets, technology and business has no bounds. After becoming a parent she now enjoys writing about family and parenting related topics.