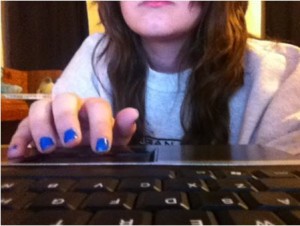 Are there more risks with Internet addiction for teens that are struggling with Reactive Attachment Disorder (RAD)?

The internet is an incredible resource for information and entertainment, but it does have drawbacks. Besides creating an avenue for dangerous child predators to flourish, the internet has also caused a recent and misunderstood sickness to sweep across the nation. This dangerous new disease is known as Teenage Internet Addiction.

The idea of “internet addiction” began in the 1990’s to explain an unhealthy reliance on the internet that parents noticed their teens developing. Since then, the internet’s popularity explosion and use of sites like Facebook, Instagram, Twitter and Tumblr have ushered in a new age of teenage internet addiction.

Parent advocates realize the danger of teenage internet addiction, and adopted teens are highly susceptible because they often experience Reactive Attachment Disorder, or RAD. RAD develops when a teen is unable to attach trust and development in interpersonal relationships. RAD is caused by the confusion and pain of a child’s separation from their birth mother. Even a child adopted early in life can experience dramatic RAD separation anxiety in their teenage years.

Teenagers should not be fearful of the internet, it is an attractive and exciting way to gather information and communicate with others, but parents must be aware of their adopted teen’s internet usage levels. Parents should never spy on their kids; instead they should focus on maintaining open lines of communication, much like they would when dealing with Primal Wound or other adopted teen issues.

Parents should ask their kids about their internet habits and ask to look at their Facebook (if their not friends with them online) or other profile sites. Parent should never look at teenage pages or pursue web history behind teen’s backs (unless you believe they are in danger, or suspect something is wrong); this can alienate your teenager even more, amplifying feelings of anxiety or RAD.

There are some signs of teenage addiction associated with internet use that parents should be especially aware of. Some of these warning signs are very closely related to teenage depression, another condition that many adopted teens face.

When exploring the possibility of internet addiction, check if your adopted teen experiences powerful euphoric feelings while on the internet and extreme anxiety while away from it. Also check if the teen has intense cravings for the internet, always wanting to return to it.

Other warning sings include adopted teens lying about their internet usage and withdrawing from past activities in favor of increased internet usage. Internet addiction’s physical effects include dry eyes, drastic changes in eating habits, increased headache or backaches from focusing on the screen, as well as sleeping problems.

Placing the family computer in an easily monitored area is a good way to prevent internet misuse. Never ban the internet, but work on a time schedule that will be fair for both you and your adopted teen. Also work to encourage non internet activity, which means forcing other family members to reduce internet usage while encouraging outdoor activities.

Adopted teens are at a high risk for internet addiction because of their problems with RAD, but if parents foster healthy family communication practices, do an honest job of trying to understand their teenagers internet needs, and let their teens know they are ready to help them if they need it, than internet addiction and its side effects can be prevented.

If you feel your teen is in need of help, and you have exhausted all your local resources, please contact us for information on residential therapy. This has been helpful for many other families.