Is Your Teen Struggling With Their Sexual Orientation? 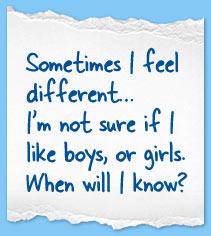 Sexual orientation is a very important topic that parents and teens need to understand and learn more about.

It’s a fact that youth that struggle with their sexual orientation are at-risk for being bullied, cyberbullying, and have a higher-suicide rate.  Parents must open up their lines of communication and be willing to open their minds to what their child is feeling.

What is sexual orientation? 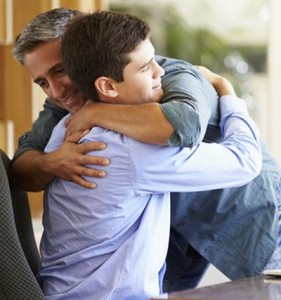 Although we live in a more accepting society today of all sexual orientations, many parents have a hard time accepting that their child may be gay, lesbian, bisexual, or transgender. Even if you are struggling with this possibility, remember the importance of showing unconditional love to your child.

Teens who realize that they are lesbian, gay, bisexual, or transgender sometimes stay “in the closet” (do not reveal their sexual orientation or gender identity) for a long time because they are afraid of what their friends, family (especially their parents), and others will say and do. This can be very stressful and can cause depression, anxiety, and other problems.

Parents can find local support groups through PFLAG (Parents, Families, Friends and Allies United with LGBTQ People).  Ten tips for parents to help you better understand your child and let them know you are interested in getting to know about them better.  Another great resource for teens and parents is The Trevor Project.

What is most important to understand is that LGBTQ teens can be at-risk for depression and suicidal thoughts if not addressed.

If you feel your teen is struggling, be sure to reach out to them. If they are shutting down emotionally, find outside help. Let them know you are there for them. If you fear they are escalating deeper into depression and refusing to get help, contact us for more information.

If you feel you have exhausted your local resources, your troubled teen is shutting down in therapy, out-patient isn’t working, please contact us for information regarding quality residential therapy.