Is Your Teen Using Drugs?

Warning Signs Your Teen May Be Using Drugs 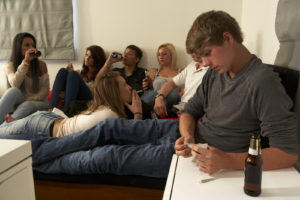 This is a difficult question that many parents have to face on a daily basis. Parents who spend a great deal of time with their teenagers are often tuned into what is normal behavior and what is not.

However, even parents who are actively involved in the daily activities of their teenagers may overlook – or subconsciously deny – the earliest signs of a substance abuse problem.

• Many hours spent alone, especially in their room; persistent isolation from the rest of the family. This is particular suspicious in a youngster who had not been a loner until now.

• Resistance to taking with or confiding in parents, secretiveness, especially in a teenager who had previously been open. Be sure that your teenager is not being secretive because every time he tries to confide in you, you jump on him or break his confidence.

• There is marked change for the worse in performance and attendance at school and/or job or other responsibilities as well as in dress, hygiene, grooming, frequent memory lapses, lack of concentration, and unusual sleepiness.

• A change of friends; from acceptable to unacceptable.

• Pronounced mood swings with irritability, hostile outbursts, and rebelliousness. Your teenager may seem untrustworthy, insincere or even paranoid.

• Lying , usually in order to cover up drinking or drug using behavior as well as sources of money and possessions; stealing, shoplifting, or encounters with the police.

• Abandonment of wholesome activities such as sports, social service and other groups, religious services, teen programs, hobbies, and even involvement in family life. 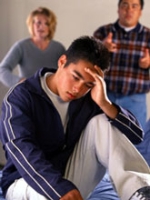 These are just a few of the warning signs that can be recognized.

• Be careful not to jump to the conclusion that your teenager may be using when you see such behavior.

• Talk to your teenager.

• Try to spend time with her so that she feels that she can trust you.

• By creating a home that is nurturing, she will understand that despite of unhealthy choices that she will always get the love and moral support that she deserves.

• Building a strong relationship with your teenager now will mean that in time of crises your love, support, wisdom, and experience won’t be shut out of your teenager’s decision making.

• If you have a suspicion that your teenager is involved in the use of drugs or alcohol, don’t hesitate to bring the subject up.

The sooner the problem is identified and treated, the better the chances that your teenager’s future will be safeguarded. Raising the subject will be easier if you already have good communication in the family. Discuss the ways in which you can seek help together. An evaluation by a substance abuse professional may be the key to understanding what is really going on with your teenager.

If your teen has been struggling with substance abuse, be sure to seek help. If they refuse to get help, it may be time to consider residential therapy. Contact us for more information on this step.