What Career Path Is Your Teen Considering?

Do you remember the dread you felt as a kid when an adult asked what you wanted to be when you grew up? 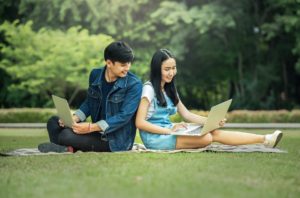 CareerBuilder research shows that nearly 1 in 4 high school students pick their career based on something they saw on TV or in a movie, and 33 percent of full-time workers regret the college major they chose. In conjunction with Find Your Calling month, an initiative that empowers students to pick a career based on their interests,

CareerBuilder is releasing a series of studies with surprising insights into labor market and hiring trends. Today’s release focuses on top occupations for younger workers.

CHICAGO and ATLANTA – March 2, 2017 – What do I want to do with my life? It is one of the most pressing and often overwhelming questions for America’s youth —and CareerBuilder is working to help them find the answer.

Today, CareerBuilder launched Find Your Calling Month, a nationwide initiative taking place throughout March that encourages students to discover possible career and education paths and get them excited about the future.

CareerBuilder research shows that nearly 1 in 4 high school students pick their career based on something they saw on TV or in a movie1, and that 33 percent of full-time workers regret the college major they chose.2 As college debt rises, the skills gap widens and a significant number of workers fall prone to unemployment or underemployment, it is important to start educating students early about their options.

CareerBuilder’s month-long initiative centers around its free national website FindYourCalling.com, which enables students to instantly view a wide range of careers based on their individual interests. Students can see job growth projections, salary ranges, companies hiring, educational programs and more, and can easily share that information on social media to get their friends to discover their own career paths as well. The initiative also enlists schools throughout the country to host Find Your Calling days and encourages parents and businesses to participate.

In conjunction with Find Your Calling month, CareerBuilder is releasing a series of studies that provide surprising insights into labor market and hiring trends. Today’s release focuses on top occupations for younger workers based on jobs that are growing quickly, pay a good wage and have a solid concentration of workers ages 19 to 24. 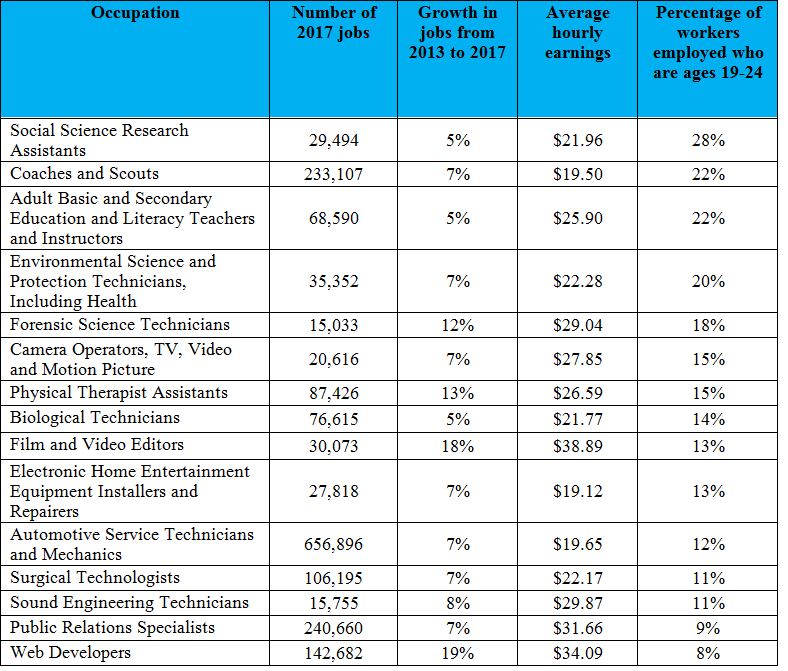 “There is a world of opportunity open to younger workers in business, technical and creative fields,” said Rosemary Haefner, chief human resources officer at CareerBuilder. “When choosing a potential career, you want to ask yourself two questions: 1) What am I passionate about? and 2) Does data show that this occupation is growing and pays well? The more informed you are about your options and what it takes to get to where you want to be, the better the outcome.”

The study is based on data from Emsi, CareerBuilder’s labor market analysis arm, which pulls information from nearly 100 national, state and local employment resources.