Teenagers seem to come up with new phrases on a daily basis, and it can be hard to keep up with the meanings of their jargon. However, it’s important to know certain terms that are slang for dangerous activities, such as medicine abuse.

1 in 30 teens has abused over-the-counter (OTC) cough medicine containing the active ingredient dextromethorphan (also known as “DXM”) to get high. While DXM is a safe and effective ingredient when used as directed, some teens abuse it by taking up to 25 times the recommended dosage. This can cause dangerous side effects such as blurred vision and a rapid heartbeat, among others.

To hide this risky behavior from parents, teachers, and other adults, teens have come up with a myriad of slang terms to speak in code. Phrases such as “skittling,” “robo-tripping,” and “tussing” are among the list of slang terms you should keep your ears perked up for.

There are over 100 OTC cough medicine brands that contain DXM.

Look for this icon to easily identify which ones include the active ingredient.

Stop Medicine Abuse is a prevention campaign working to alert parents and members of the community about the problem of teen abuse of over-the-counter (OTC) cough medicines containing dextromethorphan (DXM). You can learn more on by visiting the Stop Medicine Abuse website or connecting with the campaign on Facebook page and Twitter.

DXM, or dextromethorphan, is the active ingredient in most over-the-counter (OTC) cough medicines, and is the most widely used cough suppressant ingredient in the United States. While millions of Americans rely on OTC cough medicines – and consequently DXM – to safely and effectively relieve their cough, these medicines can also be abused by adolescents. At times, teens take more than 25 times the recommended dose of OTC medicines containing DXM and, when taken is such high doses, DXM can produce dangerous side effects.

You may be thinking, how widespread is this issue? Studies have shown that one out of three teens knows someone who has abused OTC cough medicine to get “high” and approximately one out of 30 teens reports abusing it themselves.

So, how can you help prevent abuse? The first step is making yourself aware. DXM is found in more than 100 OTC medicines today. These medicines come in the form of liquids, capsules, gelcaps, lozenges, and tablets. You can find a list of products that contain DXM here, but the easiest and best ways to identify medicines that contain DXM are to: 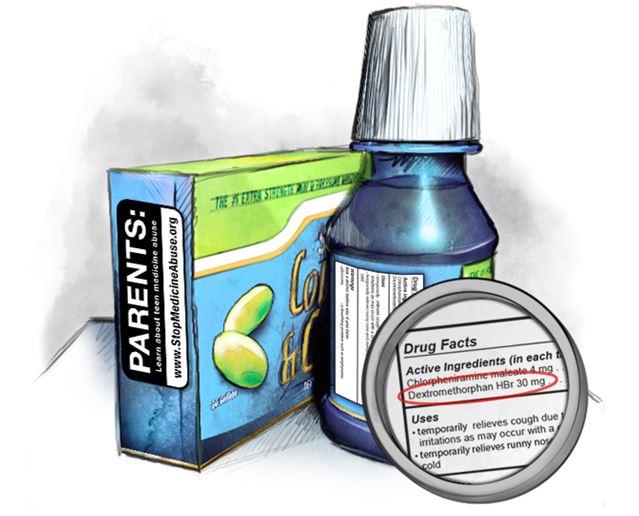 Once you know how to identify products that contain DXM, you can take additional steps to prevent medicine abuse. Want to learn more? Visit StopMedicineAbuse.org for additional resources and information. 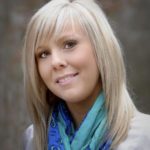 Jessica is a community outreach coordinator for the Blount Memorial Foundation. As the manager of the Foundation’s Drug Free Communities (DFC) grant, Jessica’s passion for substance abuse prevention has grown. Now that she is the mother of her young daughter, Rory Bay, she is even more passionate about the issue, which is one of the reasons why she joined The Five Moms to support the Stop Medicine Abuse campaign. Join the conversation by following Stop Medicine Abuse on Facebook and Twitter. 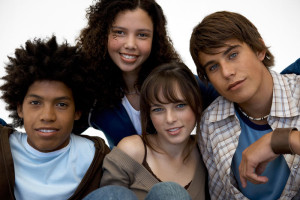 Is it peer pressure?  Is it today’s trend?  Is it meant to end their life?

Today’s teen games are not games at all, they can put their lives at risk and the consequences are extremely serious.

So why play at all?

Why do kids do anything?  Why did we do anything when we were growing up? It’s part of life.

Let’s face it, it’s not our world anymore.  Marijuana is not the pot of yesterday.  The Internet has made it easier for our kids to meet those strangers that we only worried about with adorable dogs – now they are accessible 24/7 through screens.  Are our kids mature enough to know when to click-out?

As parents, we have to be educated about what today’s trends are so we can constantly have discussions about these behaviors.  Communication is key to awareness and prevention for safety offline and online.

What are these games? 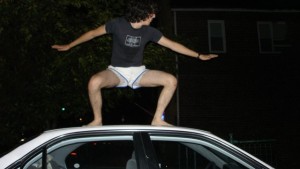 PURPOSE: A thrill-seeking activity that produces a rush of excitement and adventure.

RESULT: Accidents due to Car Surfing, Ghost Riding and Skitching can result in brain trauma, skull fractures, spinal damage, broken bones, internal bleeding, paralysis and even death. In the medical literature the most common cause of death in these deadly games is head injury. High vehicular speeds are not required to sustain injury. Accidents and deaths have been reported from vehicle going anywhere between 5 and 80 miles per hour.

Car Surfing involves a teen riding on the exterior of a moving car that someone else is driving.

Ghost Riding is when the driver gets out of a moving vehicle to dance beside it while it continues to move forward.

Skitching is when a person is pulled behind a car on an object such as a skateboard.
YouTube and many other sites offers tips and video coverage of all of these dangerous vehicle games in action. 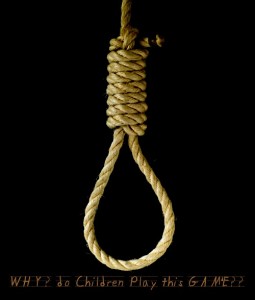 PURPOSE: To cut off flow of blood to the brain resulting in lightheadedness and a euphoric high.

RESULT: The death of thousands of brain cells which could lead to short-term memory loss, hemorrhage, harm to retina, stroke, seizures, coma and death (Neumann-Potash, 2006). Within 3 minutes of oxygen deprivation to the brain a person will suffer brain damage. Extend that to 4-5 minutes without oxygen and you get DEATH.

HOW IT’S PLAYED: The Choking Game can be played either alone or in a group. If played in a group, one teen willingly submits to being choked by a friend. Teens use ropes, scarves, belts, bags, dog leashes as a choking weapon. When the Choking Game’s played alone the need for a high can become deadly. Most deaths reported from the Choking Game are from loners. Oftentimes, these teens pass out and are unable to release the rope, etc. resulting in their premature death. And if that’s not enough you can easily find written instructions for the Choking Game or YouTube.

WARNING SIGNS:
• Blood shot eyes
• Talking in code using the game’s alias names
• Locked doors
• Excessive need for privacy
• Disorientation after being left alone
• Frequent headaches
• Increased hostility or irritability
• Marks on the neck
• Unexplained presence of belts, scarves, bungee cords, or plastic bags
• Any of the above items tied to bedroom furniture, in closets, etc.
• Bleeding Spots under the skin on the face, especially under the eyelids. 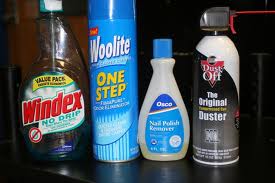 PURPOSE: To inhale chemical vapors to get a feeling of lightheadedness and euphoria.

HOW IT’S PLAYED: Breathing in a variety of inhalants. Other means of inhalant abuse are sniffing or snorting products or balloons or bags filled with inhalants. There are three types of commonly used inhalants:

If you suspect your teen is engaging in risky behavior, don’t hesitate in reaching out for help.  Contact us for more information on residential therapy if your local resources have been exhausted or your teen refuses to get help.