Respect: A Word Some Teens Are Not Familiar With Today

Does Your Teen Respect You? 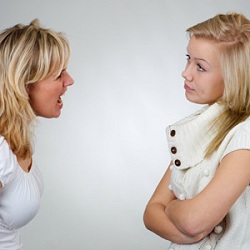 A word that needs to come back into this generation of teenagers.

It’s evident we live in a society of entitlement.

As a child approaches adolescence, the natural exploration of boundaries and the need to assert his own independence often leaves his parents feeling as if all respect between them has dissipated. Arguing, defiance and even foul language are normal, though admittedly incredibly frustrating, aspects of parenting a teenager.

While regaining a teen’s respect may seem like an impossible proposition, there are ways that you can restore some semblance of balance and civility to your relationship as he gets older. While patience and a refusal to reward bad behavior are the keys to maintaining a measure of order in your home as the parent of teenagers, there are some methods that can supplement your efforts along the way.

Show Respect
In order to maintain your teenager’s respect, you’ll need to make sure that you show the same measure of respect in return. If you resort to shouting, threats and anger to get your point across, your teen isn’t likely to have much respect for your pleas for civility. Demanding that your adolescent child blindly follows your directions and falls in line with your rules while refusing to show any sort of respect for their own valid feelings and needs is far more likely to backfire than to inspire
rank-and-file obedience.

Set Reasonable Boundaries
Just as younger children need to know what the boundaries of acceptable behavior are in order to stay within them, so will your teen. The difference between them is that your teenager will need a bit of independence to make his own choices. Allowing him a reasonable amount of space to explore the world as he matures will allow your teen to make mistakes that will serve as learning experiences, and not feel as if he’s being stifled by the demands of adults that he views as out of touch with the world.

While you certainly don’t want to encourage dangerous experimentation or condone bad decisions that will affect the rest of his life, it is wise to give him ample space to make a few minor mistakes he can learn from. 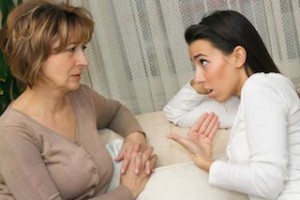 Maintain an Open Line of Communication
When a teen feels as if you’re completely out of touch and aren’t willing to listen to him, he’s not likely to approach you with his concerns or seek advice from you about difficult situations he faces.

Making sure that you establish and maintain an open line of judgment-free communication reinforces the idea that he can still come to you when he’s in trouble, and that you will respect his growing maturity. In return, your teen is more likely to extend the same respect to you.

Try Not to Feel Hurt or Rejected
It’s normal to feel as if you’re being rejected by your teenager when he seems to constantly choose his friends and peers over you, but it’s important to remember that it’s a natural part of growing up. Feeling that pain is understandable and acceptable, but it’s not a good idea to act on your hurt feelings by lashing out or establishing excessively restrictive rules that force him to spend his free time with you. Forced time is not quality time, and will almost certainly end in a showdown.

Realize That “Do as I Say, Not as I Do” is Counter-Productive
The desire to ensure that your child doesn’t make the same mistakes you have or exhibit the same problem personality traits can create an environment in which you expect your child to follow your instructions while you openly flout them. The “do as I say, not as I do” approach isn’t effective when children are young, but it can truly come back to haunt you when a teenager accuses you of hypocrisy and unfairness. Try to model the behavior you want your teen to exhibit to the best of your abilities to avoid these altercations and encourage him to respect you. 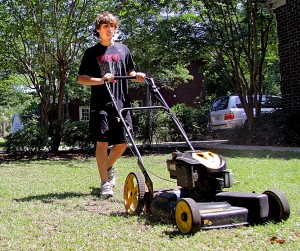 Give Them Responsibilities
Kids who have no responsibilities and a sense of entitlement that leads them to feel as if the world owes them everything have no respect for anyone or anything. Making sure that your children have some responsibilities, both financial and in the way of chores or daily tasks, may not seem like a recipe for respect on the surface, however the qualities that having some responsibility instills naturally extend themselves to having a bit more respect than their overindulged peers.

Recognize the Things They Do
While you’re delegating responsibility and setting reasonable boundaries, make sure that you take the time to acknowledge and openly appreciate the things that your teenager does. Feeling as if his efforts to abide by the rules and contribute to the household are completely unnoticed or unappreciated doesn’t inspire your teen to keep meeting expectations that he knows you won’t acknowledge anyway. Take a moment to thank your teen for helping out or behaving well, and let him know that the freedom he is afforded is directly tied to the fact that his good behavior at home indicates to you that he can be trusted.

Is your teen completely out of control? Disrespecting you and your boundaries? Are you feeling like a hostage in your own home? After exhausting your local resources, such as reaching out for help with a counselor, please contact us about information for residential therapy.