Thanks to Legalization, My Teenager Thinks Marijuana is Safe

(How many parents have heard this before?) 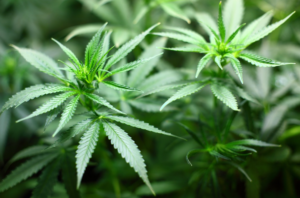 My teen does not think that marijuana is dangerous. With more and more states making it legal, he’s even more convinced. And as far as he is concerned, everyone he knows uses it without any detrimental effect. So why shouldn’t he? What can I do to convince him otherwise?

What You’re Up Against

Yours is an increasingly common challenge for today’s parents, for several reasons.  One is that there exists a growing trend in our culture to view marijuana as relatively harmless.  Medical marijuana has been legalized in some states, for one thing.

For another, many pot smoking teens have been indoctrinated about the supposed “harmlessness” of marijuana, promoting the message peer-to-peer and visiting web sites that promote and support this idea.

I can attest that many of my adolescent counseling clients come to me parroting a uniform “party line” of statistics and arguments about pot’s saving graces and relative harmlessness.  An argument that is particularly appealing to teens is the one about adult hypocrisy for condemning marijuana while embracing their own drug of choice — which of course is alcohol (and let’s face it, they have a point!).

What invariably gets left out of these self justifying arguments are the undeniable facts that marijuana’s active agent — tetrahydrocannabinol (THC) stores in the fat cells of the brain for quite some time, and that the brains of young people — specifically the pre-frontal cortex, which is the center for executive function and abstract reasoning — is still developing.

This is why we see so much interference among heavy pot smokers with these exact brain functions.  Any irony of ironies, the part of the brain most affected is exactly the part of the brain that allows people to mentally step outside themselves and reflectively evaluate their own functioning.  This is why heavy teen-age pot smokers often display shockingly little insight into the negative effects that their pot use is having on their own development.

The negative effects of marijuana in the developing adolescent brain have been convincingly documented by neurological research. Frances Jenson, Chair of the Department of Neurology at the University of Pennsylvania points out that THC disrupts the development of neural pathways in the adolescent brain and cites long term consequences of  smaller brain volume, reduced gray matter, and increase damage to white matter — changes that have been shown to persist well into adulthood. In one longitudinal study conducted in New Zealand, former moderate teenage pot users were shown, in their 30s, to have lost 8 to 10 IQ points relative to nonusers. Significant consequences indeed!

How to Discuss Marijuana With Your Teen:

There are three specific things I would advise as you talk to your teenager about marijuana:

1. Adjust your goals for the conversation. 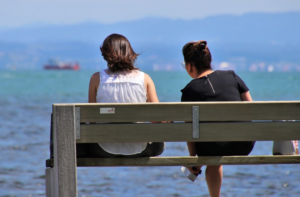 Teenagers, just like adults, are rarely “persuaded” from a well entrenched belief in a single conversation. A more realistic and  productive goal would be to have him open his mind rather than going for the home-run of having him change it on the spot.

You can accomplish this by offering an open minded exchange of viewpoints: Offer the following deal:  “I’ll read and thoughtfully consider any reading material you can give me defending marijuana, if you’ll agree to do the same with any reading material I provide you on its potential dangers.”

Asking for an open minded exchange is far more likely to get your teen considering the other side of the argument than trying to steamroll him with persuasion.  Opening one’s mind is the first step to changing it.

2. State clearly that you are opposed.

Regardless of your willingness to enter into such a two sided discussion, make it unmistakably clear that until you think otherwise, your sacred obligation as a parent is to do everything within your power to prevent him from engaging in behavior that can interfere with brain development and affect his future. There’s plenty of evidence suggesting that early and frequent pot use among teens can have long lasting effects on intelligence, judgement, and motivation.

You’ve got to walk the walk if you’re going to take the strong position I am recommending: examine, curtail, and consider eliminating your own drug and/or alcohol use.  I recommend a bi-lateral no-use contract: you’ll both abstain at least until he reaches the age when his frontal lobes have completed their primary development — around age 21.

Is your teen smoking pot regularly? Are they becoming withdrawn, depressed, moody, failing in school and now someone you don’t recognize?

Have you exhausted your local resources searching for help?

Contact us to learn more about residential therapy. Maybe it could be the next step for your teen.