Gentle Ways To Give Your Teen Constructive Criticism

Ways to Talk to Your Teen About Constructive Criticism 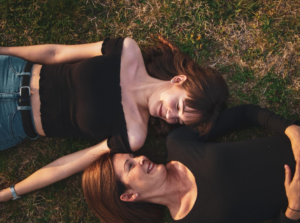 One of the most important and challenging skills to learn as a parent is how to give your teen constructive criticism. Many parents struggle to find the fine line between being overly critical and being constructive with the feedback they give their teens.

Receiving constructive criticism is healthy for your teen

Constructive criticism not only provides your teen with an opportunity to improve but also builds their resilience. Throughout their lives, they will face countless criticisms–both constructive and destructive.

Receiving gentle feedback from you exposes them to a healthy form of criticism. It teaches them that feedback is not intended to put them down but to build them up into a better version of themselves. ‘It means you wholeheartedly believe in their ability to do better. Giving your teen constructive criticism the right way enables them to distinguish healthy and supportive feedback from criticism that is cruel and harmful,” says Marian Larson, a writer at Studydemic and Academized.

Create a safe space for your teen to receive feedback 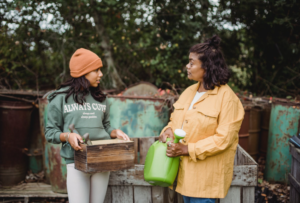 Before assailing your teen with countless ways to improve, ensure you have cultivated a relationship that actually makes them feel safe to receive feedback from you.

Do you listen to them when they speak? Truly listen. With no judgment, but with the aim to understand them better.

Can they trust you to only give feedback with the intention to help them improve? Feedback that isn’t laced with shame or blame?

Do you talk to your teen or do you talk at them? Are your conversations a two-way street?

Criticizing your teen is easy and almost as natural as breathing to most parents, but the difficulty lies in convincing them to listen. Just like any other relationship, effective communication with your teen requires a two-way street. Building a healthy, loving relationship based on mutual respect and trust is necessary if you want your teen to listen to you.

Avoid shaming, overly criticizing, or comparing your teen to others

It can be difficult sometimes to recognize the difference between parenting and shaming, especially so if your own parents corrected your behavior this way growing up. “If shame-ridden and guilt-loaded criticism was the only style of behavior modification parenting used on you by your parents, it can even seem like the norm. This mentally harmful cycle should end with you,” explains Dana Wilson, a parenting blogger.

A general good rule of thumb is that constructive criticism addresses a specific behavior. Focus on the action that requires improvement instead of your teen’s character. Avoid shaming statements that accuse them of being something wrong as opposed to doing something wrong. There’s a difference between your teen being lazy and your teen not doing their chores as consistently as you would like them to. One is a character flaw, the other is a behavior that can be easily fixed.

Implying something is wrong with who they are could seriously damage your teen’s confidence and mental health. Instead, identify the behavior that you would like them to change, explain your reasoning for wanting the change, and clearly state what they can do to improve.

Another hurtful style of parenting to avoid is comparing your teen to someone else. It suggests that they are not good enough for you. This could breed harmful tendencies such as feelings of inadequacy, self-doubt, and self-loathing.

Define mistakes to your teen as opportunities to learn through experience. It’s what you do after a stumble that matters most, not the fact that you stumbled.

Criticism should be followed by affirmations of their positive traits to reassure your teen that they are more than their worst mistakes. This also reminds them of their capabilities and encourages them to do better.

Explore your own relationship with criticism

Do you speak to yourself with kindness and compassion after a mistake? Or are you overly critical and mean? Your relationship with yourself tends to determine your relationships with other people, including your teen. Modeling a healthy way of responding to constructive criticism can cause your teen to imitate your approach. Remember that you are your teen’s most influential role model, regardless of whether they like to admit it or not. So go easy on yourself. You’re doing the best you can.

Emily Henry is a writer and editor with a passion for healthy living. You can find her writing at Top Canadian Writers and Essay Writing Services, and her editing work at Assignment Help.