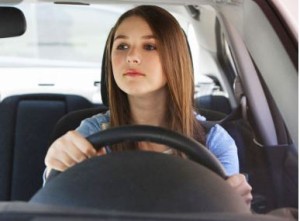 According to the Insurance Institute for Highway Safety (IIHS), the summer months of June, July, and August consistently have higher teenage crash deaths than any other month.

Car crashes are still the number one killer of teens today – no matter what others (sales-reps) may share with you, making sure your child has safe driving habits is a priority.

As a parent of an at-risk teen, this is another added worry we simply didn’t need however must take extremely seriously.

Whether you are concerned about your child experimenting with drugs, alcohol, hanging with the wrong group of friends or addicted to their electronics and not socializing in real-life, if your teen is of driving age — teaching your child to operate a vehicle safely is not only critical to their life, but to the others on the road.

Seat belts:  Did you know that teens, compared to other age groups, teens have the lowest rate of seat belt use and the majority of teens involved in fatal crashes are unbelted. Set an example by always buckling up yourself — whether they’re in the car or not!

Distracted Driving  is still a major cause of crashes.  Many teens believe they are invincible.  They may watch their parent send a quick text, answer a call or even type an email while driving.  The excuse?  They are a more experienced driver.

It’s doesn’t fly!  Teenagers believe they are just as savvy with their cell phones as the parent – after all, they are probably more social media savvy online than they are.

Reality check> No one, at any age, especially with a teen or child in the car, should be driving and texting or using any gadget.  You are that role model for your future driver.

Scenario:  You drop lipstick, cell phone, debit card, or anything while you driving – and you are diligently trying to retrieve it.  This is distracted driving.  What people don’t understand is, distracted driving isn’t always about devices.

I recently discovered a nifty little product I happened upon called the Drop Stop. 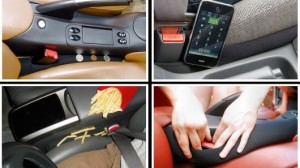 Drop Stop has made it their mission not only to catch all your small belongings that INEVITABLY fall in the gap between your seats, but to eliminate distracted driving in doing so.

Your teen drops their phone, their jewelry, their credit card etc., while they’re driving. It falls between the gap. They look down, and down, and down, and… crash. With Drop Stop, they won’t have to look down, ever. If anything ever falls, they’ll know right where to find it, and it’ll be there safe and sound once they park.

If your teenager has their own car, or even for  the family cars, this cost-effective product could potentially save lives.

Remember parents, you are the number one influence on your teen.