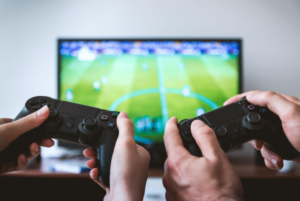 Video games have become famous with people of all ages engaging in them. They are also a massive part of the economy. Video gaming is now a multi-billion-dollar industry churning in more money than movies and DVDs. Since everyone is willing to pay for video games, the industry has seen a remarkable improvement with realistic and sophisticated features added to the games.

Players can connect to the internet while playing and interact with each other. The impact of video games has been dissected and discussed by many. But how are they affecting students – especially college students? Let’s find out.

The Good Side of Video Games for Teens

With all the noise about the effects of video games on children – school-going children – there are those who argue the positive side of things. It may not be great to have a student sitting on a computer playing games all day, but it is great for a student to play some games sometimes.

Here are some advantages;

1. More students can develop an interest in STEM

The STEM workforce of the future needs enthusiastic individuals who will continue to revolutionize it. Many students often chicken out of science, technology, engineering, and math because introductory courses like calculus are so challenging. Calculus games have been developed to help students learn by gaming. Learning games are the new way of convincing students to stay in STEM.

Learning in the 21st century is taking on a new trajectory with students encouraged to learn as they do. In order to learn creative problem-solving, games have been developed to help students with critical thinking. For example, students can learn to solve problems with games like DragonBox Algebra.

It’s never a good video game if it’s too easy to play. Video games are designed in such a way that it’s safe to fail. Students can easily learn from their failures while playing video games. Some games like Burnout Paradise even make failing in video games seem like fun – the more you fail, the more points you earn.

4. Students can stay engaged in the classroom

The best way to make sure that students internalize everything they learn is to make the learning engaging. The more engaged they are, the more they are likely to take in. Educational games have been designed to improve engagement and motivation for students to stay more focused on tasks.

The Negative Side of Video Games 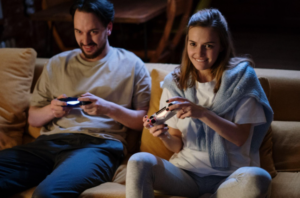 This is the side that researchers are spending more time on. The effects of video games on students have been well-documented for a long time now.

Some adverse effects of these games include students being exposed to violence – killing people and animals, using drugs, and foul language and obscene gestures. Some negative effects of video games include;

Studies have shown that students who play video games excessively spend less time learning. This leads to poor performance in class and poor grades eventually. Even students with the potential to become better may slack in their education when exposed to excessive video game playing.

Students who are overly involved in video games may have difficulty controlling the amount of time they spend on the screen. This reduces the amount of time they engage with teachers and other students. Poor social skills can lead to negative behavior in students. For those involved in creating behavior essays for students to write, this is something they often encounter. Negative behavior affects the overall performance of any student and sometimes even leads to some students leaving school.

When students spend excessive time playing video games, it cuts into their reading time. This may lead to poor performance in class and may even encourage cheating. Some students would rather cheat than spend time reading for tests.

This is a typical symptom with most gamers. Since some video games can be very addictive, students will spend most time sitting and playing. Such students often consume junk food as they continue to play, sometimes late into the night.

5. Some develop aggressive thoughts and behaviors

Video games have become a huge part of people’s lives. With many more people becoming engaged in them, the industry will only grow further. The impact of video games on students is clear to see. While there are positive things to pick from video games, the negative side of things has to be observed carefully as well.

Check out our featured book, The Gaming Overload Workbook.

Author Bio: Joshua Robinson is a technology freelance writer. He has written for top tech magazines. He has also contributed to several technology books on the impact of video games on society. He loves reading and playing tennis.