The Fear of Teen Gangs and Teen Cults 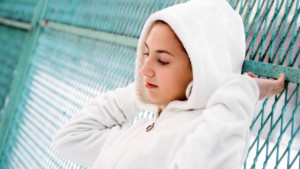 Every year thousands of teens across the country become ensnared in the dangerous and misunderstood world of cults.

These hazardous entities prey on the uncertainty and alienation that many teens feel and use those feelings to attract unsuspecting teens into their cult traps. The best defense of cults and gangs is parent education.

Cults have long been represented in the mass media. The supporters of Reverend Jim Jones People’s Temple may be some of the most famous cult members, making global headlines when they died in the hundreds after drinking Kool-Aid laced with cyanide. Almost 300 of the dead Jones supporters were teens and young children. Heavens Gate is another well known cult, which believed ritual suicide would ensure their journey behind the Hale-Bopp comet with Jesus.

Heavens Gate lived in a strict communal environment, funding their cult endeavors through web site development. Some male members of the cult even castrated themselves before all 36 committed suicide, wearing matching sweat suits and Nike tennis shoes. 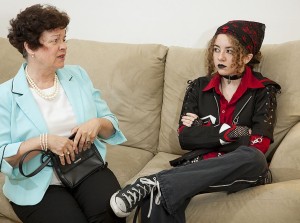 Parents must offer both love and support to their teens, while flexing proper parental authority. Teens must be reassured their parents love them, because if they feel lonely they will turn to cults for the love and friendship that troubled teens need.

However, parents still must exert authority, because cults can offer guidance and structure that helps teens feel comfortable and secure. Basically, a strong parental presence that his both nurturing and secure will help teens avoid cult temptations.

The Family International is far from family oriented, in the common sense of the word family at least. The cult uses sexuality is its main theme and has distributed photographs, videos, and writing that promote and show adult and child sexual interaction within the group.

Family International has since reconciled these problems, but for over 20 years, they clearly abused children in their ranks. Now, the Family International demotes individuals who report abuse to law enforcement agencies or pursue legal action against an abuser to a lower status in the group, and sometimes makes them leave the cult all together.

The group was founded by David Berg, who teaches a theology based on Christian fundamentalism. Berg is regarded in the group as a profit who passed on the direct words of God before his death. The group follows the Law of Love, which permits any actions that are motivated by sacrificial, unselfish love and are not intentionally hurtful.