The Fear of Teen Gangs

Is your teen a member of a gang or hanging out with gang members? 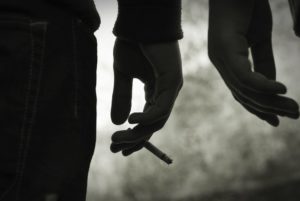 Gang activity in the United States is not always the way that the media portrays it. Gang violence is not restricted to inner city settings, nor is it simply the activity of minority groups.

There are gangs in cities, suburbs, and even small town America and the violence that many of these gangs encourage and participate in is costing far too many lives.

Most gangs are a loosely organized group of individuals who control a territory. A significant portion of gang violence stems from fighting over territory, which may be used to distribute drugs. Additionally, gangs tend to denote members through a sign or color. Two of the most well known gangs in the United States are the Bloods and the Crips which use the colors red and blue respectively.

Gangs often prey on the teenagers who wish to fit in. Being part of a gang can provide teenagers sought after friends and popularity. By joining a gang, teens have a social network already established for them with friends who are literally ready to die for them. This infrastructure can fill a void in a young person’s life quickly and easily; however, it is in a negative way.

The teenage years are a formative and difficult time for many people and joining a gang is a simple way to feel liked and popular. This is especially appealing for individuals with low self confidence or who feel as if they do not fit in. In dangerous neighborhoods, joining a gang can actually provide protection from other gangs, which is attractive for many people.

Since the 1970’s, gang activity has spiraled out of control. Prior to the 70’s, fewer than half of the states were plagued by gang activity, but now there is not a single state that does not have to deal with youth gang activity. Violence and gang activity peaked in 1996, but has decreased overall since then. However, activity continues to increase in less urban settings and violence is continuing to become more lethal.

Many people believe this is due to gangs’ involvement in the increasingly lucrative drug trafficking market. This is not the case. The increase in violence seems to be stem from the availability and easy access of lethal weapons. Additionally, cars have become a more common accessory in attacks on rival gangs.

Youth gang activity is a significant problem in the United States. The following are statistics related to youth violence and gang activities:

If you are worried that your child may likely become involved in a gang or already has done so, there are a number of ways to decrease the likelihood and protect your son or daughter. The main reason that teenagers decide to join a gang is to find a place of belonging and worth, as well as for something to do.

Oftentimes, teenagers are simply bored and are looking for an activity and social outlet, and gangs serve just that purpose. To combat this, keep your son or daughter involved in extracurricular activities. Sports teams can provide the comradeship that many teens seek in a positive, productive environment.

Not only will the individual be in a safer environment but they will also learn teamwork and other valuable skills. Arts programs and student leadership activities can serve a similar purpose, while teaching incredibly pertinent skills or developing a hobby or skill. 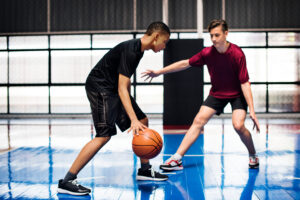 While extracurricular activities can be a great venue for teenagers to express themselves and release pent up emotions, energy, and feelings, there is no replacement for spending time with the family.

The best anti-gang measure that you can take is to spend time with your children and let them know that you are there for them. Gangs provide support and companionship, but families can do the exact same thing. Just knowing that they are unconditionally loved will give your teenager more confidence and motivation. Having the support that family provides can be a major deterrent from joining a gang.

It is also important to be aware of gang activity in your area. If there are particularly active gangs in your proximity avoid their hang outs and do not wear their gang colors. It is not uncommon for an unfortunate teenager to wear a certain color and be confused for a rival gang member. Sadly, far too many teenagers become the victim of gang violence whether or not they are associated with a gang.

Knowing about the local gangs will allow you and your teenager to know what to avoid in terms of colors and signs, but it also allows you to speak out against local activity. You can join an existing group in the area that works to rid the community of gangs. If none exists, establish a Neighborhood Watch or talk to the police about gang graffiti and activity.

It is important to point out that carrying a firearm is not advisable. While it may provide an appearance of safety and a mental feeling of power, guns usually just escalate conflicts. Also, make sure that your teenager does not carry a weapon with him or her. If someone is in danger or attacked and chooses to brandish a weapon, this often causes the assailant to do the same and can lead to far greater physical harm to everyone involved.

If the safety and well being of your teenager is at risk, do not hesitate to seek professional help.

You are not alone!