Teens Are Live Streaming More Than Ever: The Security Risks 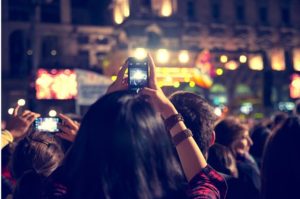 Livestreaming allows the world to be everyone’s stage. Events can be watched in real-time as the action unfolds. From a baby’s first crawl to a violent police arrest, the world watches and waits for more.

The danger, however, is that once an event is streamed live for the public, there is no going back. Adults understand the boundaries, but teens—with their brains still developing—struggle to always understand the harmful repercussions of the live stream.

Teens and tweens live online. Their world is posted on Facebook, Instagram, Twitter…all the social media forums. Today’s generation of e-centric kids don’t know the meaning of true privacy. They share. Too much and too often.

The harm of livestreaming is numerous. Not only are kids and teens putting their image out for the world to see, but they also document moments that should remain private. Secrets that friends disclose might find a way online. Fights at school, also are popular via livestream.

The cell phone is Pandora’s Box. Capable of shooting pictures, capturing video and posting everything online. The boundaries blur. Teens don’t know when not to hit send. 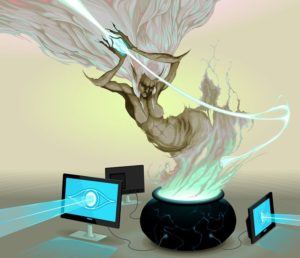 In June 2015, two teens from Utah were arrested for burglary and theft. They decided to break into an ice-cream truck and steal the ice-cream. Of course, they taped their shenanigans and livestreamed the whole crime.

A few months ago, three teens allegedly live streamed intimate acts on Facebook. In another twisted case, a girl was accused of livestreaming her friend’s rape. Both cases resulted in police investigations.

For parents, the trouble with technology and live streaming lies in the naivete of kids. Teens, tweens and younger kids do not have the capacity to always make great decisions. Their minds are in the midst of developing…they are in a mental war about right and wrong. Impulse, unfortunately, usually wins out in the fight.

Parents must talk to their kids about personal boundaries, private information and what can and should be shared online. A teen might think that a fight is cool, and because it seems cool then it should be shared. Parents need to be prepared for their kids to be in these situations…with their cell phones.

Fights, abuse and crazy things have always happened. Today, the issue is that these things are easily documented, and teens are often the ones documenting them. Fifteen years ago, teens were not all armed with individual recording devices. Now they are, and parents must prepare them for the responsibilities that go hand-in-hand with technology.

Role playing is a great way to teach kids responsibility and help them understand how to respond in a tough situation. Parents should make up cards with scenarios on them depicting scenes that a teen might see at school or in the world. Have the teen choose a card and then act it out.

When role playing, discuss how technology plays a unique role and how the consequences of an action can magnify online. Discuss with teens what is the right and wrong action according to laws in the state. Always educate teens on the laws; they must abide by them, and they can absolutely be prosecuted under them.

Use the controversy and the popularity of live streaming to also discuss personal and private information. Set boundaries as a family about what information can and cannot be shared online. Talk about oversharing. Discuss respect and what it means in friendships and families.

Teens and tweens are very much guided by their peers. However, they look to their parents for support and security. Many teens have found legal troubles from live streaming. Be open with kids about the dangers and harm of sharing too much and using the world as a stage.

Once a video live streams online, it can never be taken back. The internet is forever, and the results can be life changing in the worst ways.