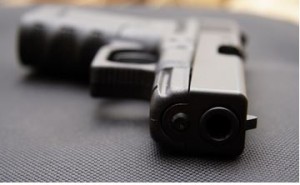 A 2014 survey by the Pew Research Center found that 34 percent of American households with children under the age of 12 have firearms. It behooves gun enthusiasts to not only teach their children how to properly use firearms, but also be up to date on all the latest laws and treatises being discussed and passed by U.S. and state governments.

The following three tips will make you a more responsible gun owner and parent:

There are many different reasons Americans choose to own firearms. Avid hunters typically like to own several shotguns and muzzleloaders. Former military men and women often carry over the hobby of taking apart and building firearms from scratch. But when explaining guns and self-defense to children, it’s usually best to stick to the laws and treatises of the land.

The Second Amendment of the U.S. Constitution reads: “A well regulated Militia, being necessary to the security of a free State, the right of the people to keep and bear Arms, shall not be infringed.” The aforementioned sentence has been dissected and re-interpreted perpetually since the Amendment was ratified in 1791. The law was passed after the Revolutionary War to guarantee Americans the right to defend themselves against tyrannical government entities.

The U.S. Supreme Court, in the case of District of Columbia v. Heller, clarified the meaning of the Second Amendment once and for all in 2008. The court struck down a 32-year ban on handgun possession within the Washington D.C. city limits. The majority ruled that the ban violated Americans’ individual rights to bear arms. There are only five states left in the Union that prohibit open-carry all together after Texas legalized it for licensed gun owners this year.

Always keep your firearms locked away and out of the reach of children. There are plenty of options for gun safes that fit every budget. Emphasize to your children that they should never touch a firearm without your supervision. If you feel a gun is necessary in a nightstand or dresser drawer for protection, make sure it’s not loaded. Keep the safety engaged on all firearms while not in use.

There is no right or wrong answer as to when you should start teaching your kids how to shoot. The National Shooting Sports Foundation highlighted the story of former Olympian Vincent Hancock who shot his first clay target at age five. He went on to win consecutive gold medals in skeet shooting at the 2008 Beijing Olympics and the 2012 London Olympics.

Regardless of when you choose to introduce your children to shooting, there are some universal safety rules all parents need to follow:

Firearms are as American as apple pie, so make sure you’re exercising your right to bear arms in a safe and responsible manner.

Keeping guns safe is a priority.  Is there a reason outside of recreational shooting that your teen is wanting a gun?  Mental health has become a major topic in our county when it comes to shootings.

If your teen is struggling emotionally, having feelings of suicidal or homicidal thoughts, get help immediately.  If they refuse local help or you feel it isn’t helping, please contact us for more information.