The Link Between Bullying and Teen Suicide 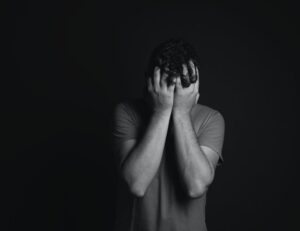 In 2014 JAMA Pediatrics reported that “cyberbullying was strongly related [to] suicidal ideation in comparison with traditional bullying.” Most kids spend a lot of time online, talking to friends, but also gossiping at times. Because they see the Internet as anonymous, kids feel as though they can pretend to be someone else online (known as catfishing), and bully people in this way. This can be immensely harmful to others, as well as themselves, and can have devastating consequences.

Like other forms of bullying, cyberbullying can occur anywhere, by anyone. All that’s required is a device with Internet access, which is incredibly common anymore.

People from all different backgrounds are bullied. Some groups are unfortunately more likely to be bullied, such as LGBTQ youth, young people with disabilities, and individuals who tend to isolate themselves from others. Basically anyone who is different from the accepted norm in their respective community or peer group is at a higher risk of being bullied.

A bully can pick on anyone about anything. They can target those they deem to be too “weird” or different from themselves, or even someone they’re secretly jealous of. Children and young adults have been bullied for myriad reasons, from weight, to wearing the “wrong” clothing, to merely being outside a clique. Some of the warning signs that may indicate that someone is being bullied include:

The Link Between Bullying and Suicide

Children who are bullied may be at an increased risk of suicide. However, most bullying victims do not think about suicide. Bullying itself is seldom the single cause of suicide; it’s typically a combination of issues, illnesses, or situations in the individual’s history combined with bullying that leads to suicidal thoughts. Some issues of concern include mental illness, traumas, and bad home situations. In addition, there are different groups who may have an increased risk of suicide including:

How to Help With Bullying

There are many ways to help someone you know if they’re being bullied, including:

How to Help With Cyberbullying

Cyberbullying is new to our society and is becoming more and more common. Some children have taken their lives as a result. There are some ways you can help your child or friend prevent cyberbullying, such as cutting off communication with the bully, blocking the bully on social media sites (so they do not have any access to your postings or phone number), or complaining anonymously to the social media sites where cyberbullying is taking place — they have strict rules and will keep evidence of bullying interactions.

If you’re a parent, ways to help your child include supporting them mentally and emotionally and not forcing them to end online communications with others. When a child is the victim, being banned from participating on social media may be perceived as punishment. It’s not their fault, though, that they are being victimized. Consider speaking with the other child’s parent(s) or even the police (if the situation is serious enough). Bullying is a serious problem and can lead to many terrible events, including violence and suicide. Remember that there is always someone out there to listen and support you.