The Nature Effect: How Getting Outside Benefits You and Your Troubled Teen 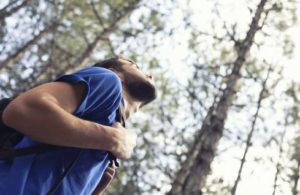 If there was a simple way to better the relationship you have with your teen, you would want in on it, right? Well, the simple solution is all around you — nature.

Your brain on nature

Does your family make time to get outside and spend time in nature? If not, you may want to consider it. Spending time outdoors for an extended period of time is essentially like hitting the reset button on your brain. Oftentimes, people just like you and your teen, cite feeling more clear headed, less stressed, more creative and even more alive after spending time outside. It’s true. Spending time in nature is restorative to mental health, and its effect can be described as a psychological process called attention restoration therapy. Spending time outdoors can even change the wiring in the brain, but we will get to that later.

Disorders, illness and their relationship to nature

There are a myriad of health problems that face our children and teens today, from ADD/ADHD, cognition disorders and depression to obesity, stress, Type II Diabetes and even something called nature deficit disorder. And while there is no single remedy to treat many of these ailments, there is something that can help. Now more than ever, kids and teens are widely disconnected from their natural outdoor environment and spending copious amounts of time indoors. A disconnection from nature leads to difficulties concerning concentration, a sadly diminished use of the senses and even higher rates of mental illness. Even creativity levels, attention spans and desire to explore suffer because of our kids’ limited exposure to the outdoors. But as a parent, you can help to prevent these outcomes by simply getting them outside in a natural environment more often. In recent years, “wilderness therapy” has emerged as a way to help troubled teens and adolescents with disciplinary or psychological problems get back on track. Some of these programs last up to eight weeks, completely emerging your teen into the wilderness. However, these programs are not for everyone and should only be considered after taking other measures first. They are also only recommended for teens dealing with serious drug, alcohol and other serious issues.

One of the major draws of spending time in nature is its ability to reduce stress. While you may be thinking “What stress does my teen have?” right now, you should know that your kids are likely under a lot of pressure. From their peers, teachers, coaches and even you. Dating, sex, status, drugs and alcohol, school and other factors are big contributors to stress for teens. However, recent research has shown that our environments directly impact stress levels and our bodies. The University of Minnesota reports that nature soothes and restores, improving moods from stressed, depressed and anxious to more balanced and calm. Other studies that were also cited by the University of Minnesota claim that nature is all-around associated with a positive mood, meaningfulness, vitality and psychological well-being.

Using nature to connect with your troubled teen

Research out of the Human-Environment Research Lab has shown that time spent outdoors in nature connects people to each other and the larger world around them. If your teen is standoffish and distant, they may just need a little more nature in their routine. Use this time to put your screens away — yes, all devices, phones and tablets — and really connect with your outside environment and kid. You have to be genuinely invested in this activity and that means that you will have to power down. Whether you opt to take a weekend camping trip or just decide to go for an afternoon hike, being outdoors can help to foster a healthier relationship between you and your teen. When you’re ready to experience the great outdoors, make sure you’re equipped with the right outdoor gear. That way you can ensure you’re prepared for whatever adventure you have planned.

Walking outdoors has big benefits for adolescents and adults

Would you believe that a simple walk in the woods could actually change the wiring in the brain? You better believe it. Sure, people have cited that they feel better after talking a walk in nature, but recently both The New York Times and NPR reported that walking outside is truly beneficial for the brain. Researchers used brain scans and found that people who walked outdoors, even for a short period of time, actually had changes in their neurological functioning — for good. Something as simple as a walk in nature could change everything.