8 Warning Signs Your Teen Could Be Using Drugs

8 Warning Signs Your Teen Could Be Using Drugs 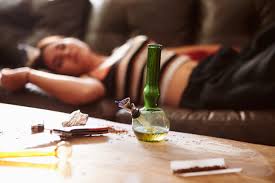 This is a difficult question that many parents have to face on a daily basis. Parents who spend a great deal of time with their teenagers are often tuned into what is normal behavior and what is not.

However, even parents who are actively involved in the daily activities of their teenagers may overlook – or subconsciously deny – the earliest signs of a substance abuse problem.

8 clues that your teenager may exhibit when using drugs or alcohol are fairly subtle, but others are rather obvious:

These are just a few of the warning signs that can be recognized.

• Be careful not to jump to the conclusion that your teenager may be using when you see such behavior.
• Evaluate the situation.
• Talk to your teenager.
• Try to spend time with her so that she feels that she can trust you.
• By creating a home that is nurturing, she will understand that despite of unhealthy choices that she will always get the love and moral support that she deserves.
• Building a strong relationship with your teenager now will mean that in time of crises your love, support, wisdom, and experience won’t be shut out of your teenager’s decision making.
• If you have a suspicion that your teenager is involved in the use of drugs or alcohol, don’t hesitate to bring the subject up.

The sooner the problem is identified and treated, the better the chances that your teenager’s future will be safeguarded. Raising the subject will be easier if you already have good communication in the family. Discuss the ways in which you can seek help together. An evaluation by a substance abuse professional may be the key to understanding what is really going on with your teenager.

If your teen has been struggling with substance abuse, be sure to seek help. If they refuse to get help, it may be time to consider residential therapy. Contact us for more information on this step.