Where Do Bullies Learn to Be So Mean?

Could Your Teen Be a Bully?

Imagine being a fly on the wall in your daughter’s elementary school class. The teacher introduces a new boy who has just moved into town and then asks the kids to welcome him to the class. It’s obvious that he’s uncomfortable. After all, he misses his old friends and doesn’t know anyone. To make matters worse, he’s shy. You’d think the kids would go out of their way to make him feel comfortable, but the opposite occurs. In fact, his classmates are flat-out mean. 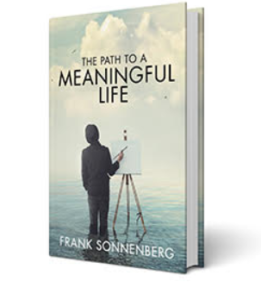 You see, he doesn’t dress like the other boys in town — he’s from another part of the country where customs are different. And the kids laugh at him because he talks funny.

But what happens next can actually take your breath away.

The kids go from snickering behind his back to being outright cruel to the new student. As the days go by, things go from bad to worse. The kids write nasty notes on his locker and on social media and laugh at him because he sits alone at lunch. Plus, when everyone changes classes, the kids go out of their way to bump into him in the hallway.

Of course, you might think maybe one kid would do this because he’s outright mean — or he didn’t have a proper upbringing. But you’d expect more from the others, wouldn’t you? Unfortunately, more and more kids harass this poor boy because they want to win acceptance from the in-crowd.

You’d think one kind soul would stand up for him. But unfortunately, no one does.

In fact, even though the grown-ups see what’s happening, no one speaks up or stands up for him. Instead, they pretend it’s not happening or they look the other way.

Although this hasn’t come down to fist-fighting yet, you know it’s just a matter of time.

You have to ask yourself, what did this kid do wrong to deserve such ill treatment? He was popular back home, but then again, everyone there talked and dressed like him.

On a different note, where did these kids learn to be so mean?

That answer is simple.

It doesn’t take much these days to find grown-ups who:

And all the while, just as happened in the school, people look the other way or remain silent.

How can we be surprised when kids act this way when all they’re doing is copying the behavior they see around them?

Would you want your kids to mimic your behavior?

Excerpted from The Path to a Meaningful Life by Frank Sonnenberg. 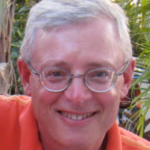 Frank Sonnenberg is an award-winning author and a well-known advocate for moral character, personal values, and personal responsibility. He has written nine books and has been named one of “America’s Top 100 Thought Leaders” and one of “America’s Most Influential Small Business Experts.” Frank has served on several boards and has consulted to some of the largest and most respected companies in the world. Frank’s newest book, The Path to a Meaningful Life, was released June 14, 2022.

Additionally, his blog — FrankSonnenbergOnline — has attracted millions of readers on the Internet. It was recently named one of the “Top Self-Improvement and Personal Development Blogs” in the world, and it continues to be named among the “Best 21st Century Leadership Blogs,” the “Top 100 Socially-Shared Leadership Blogs,” and the “Best Inspirational Blogs On the Planet.”